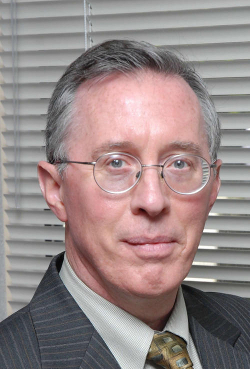 Dr. Andrew Michael Cohill is the President and CEO of Design Nine. He is a broadband architect with an extensive background in open access broadband network design and broadband planning. Cohill has been helping communities develop effective broadband strategies since 1993, when he began directing the start of the Blacksburg Electronic Village, the world’s first Internet-based community broadband project. Cohill has an international reputation for his work advising communities on broadband and telecommunications issues.

In the United States, he has worked with clients across the country, with recent work in Montana, Minnesota, Illinois, South Carolina, New Hampshire, Virginia, New Mexico, Louisiana, Pennsylvania, British Columbia, and Texas, and is currently working on broadband feasibility studies and on the design and engineering of fiber build-outs in five states. Design Nine has guided the development of groundbreaking open access networks in the U.S., including nDanville, The Wired Road, New Hampshire FastRoads, the Rockbridge Area Network Authority (RANA), Bozeman Fiber, Ashland, VA dark fiber, AccessEagan, and Palm Coast FiberNET. Cohill is in wide demand as a speaker on broadband, open access, and the impact of broadband on community and economic development. More information on his past speaking engagements is available here.

He was the Director of the world renowned Blacksburg Electronic Village (BEV) at Virginia Tech from 1993 to 2002. By the late nineties, Blacksburg had become widely known as the "most wired community in the world," with more than 87% of the town's residents using the Internet. Cohill was responsible for the design and development of electronic village and broadband services, supervised a research and development group, and managed an operations group that managed the BEV office and administrative services. He also directed the long range planning effort for the group, and served as an advocate for networking in the university and around the Commonwealth of Virginia.

The BEV project created a long list of Internet firsts, including:

With advanced education and training in architecture, computer science, and ergonomics, along with more than thirty-five years experience in business, academia, and the telecommunications industry enables him to develop creative and fresh solutions to community challenges and opportunities. He has worked for both large and small businesses, and in the eighties worked for AT&T on a variety of telecommunications and technology projects.

He founded Design Nine in 1987 to provide technology advice and services to communities, government, and businesses. He is a widely published writer, and author and co-editor of the popular book about Blacksburg (Community Networks: Lessons learned from Blacksburg, Virginia). His numerous papers and reports are widely circulated, and his technology news blog (www.technologyfutures.info) has thousands of readers per month.

He is a popular speaker on community broadband issues, economic development, and technology because of his clear explanations, shrewd insights, and engaging manner. Cohill served four years on the Board of Directors of the Association For Community Networking (AFCN), and completed two terms as President of the AFCN. He has served on the Board of Directors of the Rural Telecommunications Congress. He has been on the Advisory Board of Communities of the Future since 1997, and works regularly with the COTF on joint projects. He served as co-chair of the Governor's Task Force on eCommunities for the Commonwealth of Virginia for the duration of the task force (2001-2002). He is a member of the Association For Community Networks, and has served two terms on the Board of Directors and two terms as President.

He is a member of the Rural Telecommunications Congress and has served on the RTC Board. In 2000-2001, he designed, developed, and managed Hewlett-Packard’s $15 million Digital Villages initiative. More than 220 communities submitted proposals that were reviewed and analyzed by Cohill and his project team.

In 2001, he was one of small handful of technical experts asked to review and comment on the National Research Council’s comprehensive study and book, Broadband: Bringing Home the Bits. Cohill was the architect of the now widely imitated broadband MSAP (Multimedia Services Access Point, or local peering point) concept; Blacksburg was the first community to have a working community-based MSAP.

Cohill's work at the BEV became a widely copied model for "connected communities" and community Web portals around the world. Much of Cohill's recent work has involved broadband and telecommunications master planning, community and regional open access network design, and the construction and build out of open access networks. He works closely with communities leaders and economic developers on technology master planning, telecom infrastructure development, and strategies for getting communities connected to the new Knowledge Economy. For more information about Cohill's work, contact us.

Questions about your project? You should contact us today.

Design Nine at a glance